Real Madrid are reportedly going head-to-head with Manchester United for the signature of PSV Eindhoven attacker Cody Gakpo next year.

The Netherlands international is believed to be a priority target of Man United following an impressive World Cup campaign in Qatar. 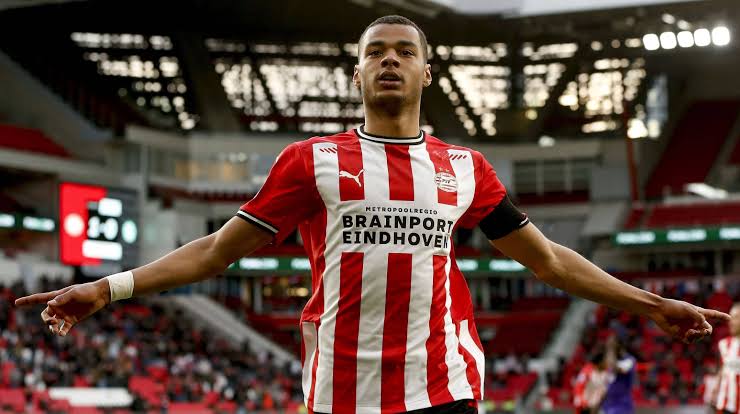 The 23-year-old forward scored in all three of the group games and has continued to shine at the club level, contributing 13 goals and 17 assists in 24 games during the 2022-23 season.

According to former Netherlands winger Rene Van de Kerkhof, Los Blancos are firmly in the race to sign the Dutchman as they prepare for life without Karim Benzema, who is due to become a free agent in the summer of 2023.

However, Van de Kerkhof states that the European champions hold a “serious interest” in Gakpo and would be willing to fork out €75m to beat the Red Devils to his signature.

The Dutchman has a contract at the Philips Stadion until the summer of 2026.

Gakpo has scored 55 goals and registered 50 assists in 159 outings for PSV.