Chelsea are said to be making a strong push to bring in Benfica midfielder Enzo Fernandez with a significant bid.

The Blues have allegedly informed the Portuguese giants that they are prepared to pay £115m to sign the 2022 World Cup winner.

During the summer transfer window, Benfica won the race to sign the 21-year-old midfielder from River Plate, a deal worth €18m.

Since then, the Argentina international has established himself as one of the most sought-after young talents in world football. 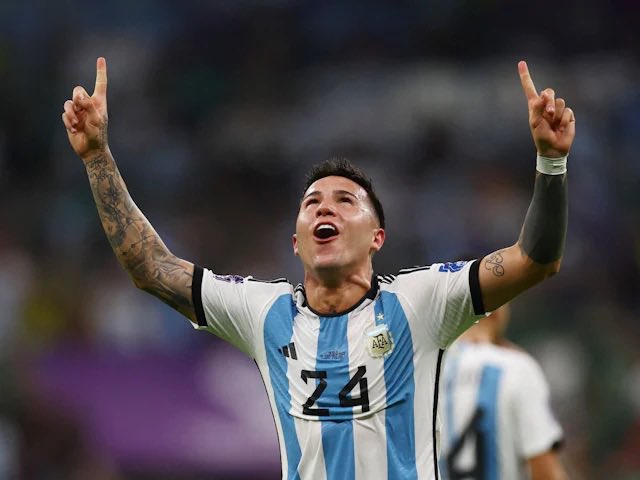 He made five starts and two substitute outings to help his country win their first World Cup since 1986, while the youngster also collected the Young Player Of The Tournament accolade.

His performances have understandably attracted interest from other top European clubs, and several clubs are said to be willing to pay a significant amount to bring him on board.

It has been reported that Fernandez possesses a release clause of £105m. According to Record, Chelsea are willing to pay over his release clause in order to ensure that they win the race for his services.

Recently, it was suggested that Liverpool were prepared to reignite their pursuit of Fernandez, who is said to be open to making a switch to Anfield.

Meanwhile, Manchester United have also been linked with the Argentine in order to replace Cristiano Ronaldo in the final third.