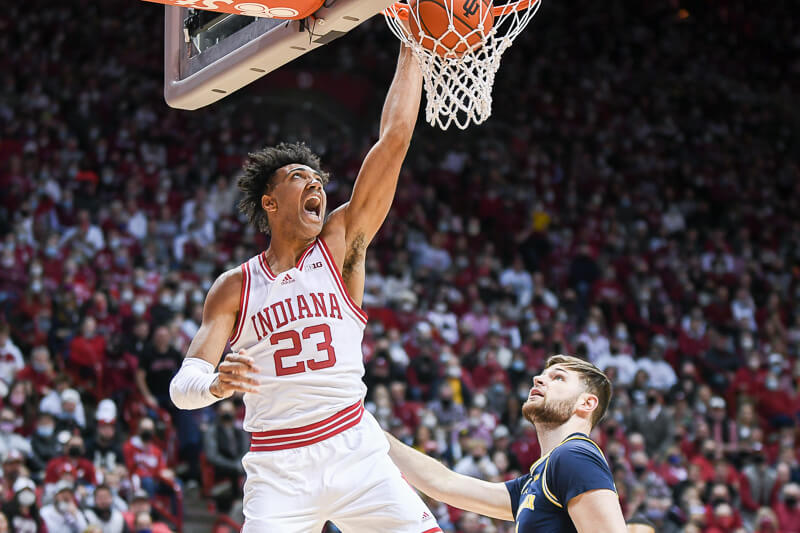 Preseason rankings for the 2022-23 college basketball season continue to roll out.

The latest notable preseason rankings to be released? The CBS Sports preseason Top 25 and 1. Longtime college basketball scribe Gary Parrish updated his rankings for the 18th time this offseason and moved Indiana up four spots.

The Hoosiers are No. 13 and the highest ranked Big Ten team. Here’s what Parrish wrote about the Hoosiers:

The Hoosiers are returning the top three scorers from a team that made the NCAA Tournament – ​​among them Trayce Jackson-Davis, who could be a candidate for Big Ten Player of the Year. Indiana’s top-10 recruiting class is highlighted by five-star prospect Jalen Hood-Schifino, an elite combo guard who should help Indiana compete for its first Big Ten title since 2016.

North Carolina, IU’s opponent in the Big Ten-ACC Challenge, is No. 2. Defending national champion Kansas is No. 8. The Hoosiers will play the Jayhawks in Lawrence in December. And Arizona, another IU opponent in December, is No. 17.

The No. 13 ranking for Indiana by CBS Sports is not the highest mark for the program this preseason.

Lindy’s Sports has the Hoosiers at No. 6 in its annual preseason magazine. The Blue Ribbon Yearbook ranked Indiana No. 12.

Indiana tips off the regular season on Monday, Nov. 7 at Assembly Hall against Morehead State on BTN+.